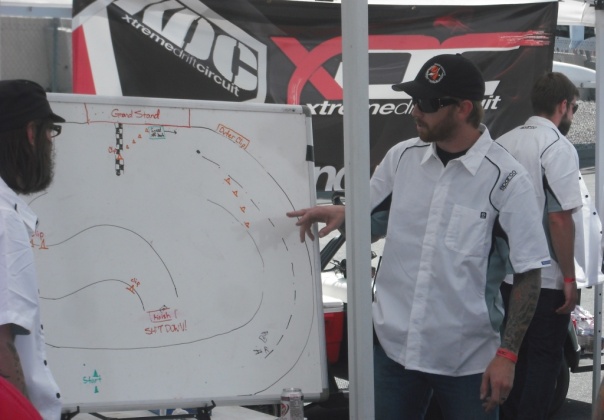 After having reached the field of Top32, and attending a quick drivers meeting, the NST drivers were ready for their Top16 qualifying runs.  First up would be Chelsea DeNofa, followed by Will Parsons and Aaron Losey.  Check out the videos bellow!

Despite some boost spike issues, Chelsea was able to lay down two solid runs…

With a new set of properly working spark plugs, Will ran his AE86 to the max…

Unfortunately the electrical issue that popped up Friday in Aaron’s LS1 S13, continued to rear its ugly head on Saturday…

After all the drivers in the field made their qualifying runs and the scores were tallied, two of the NST drivers would move into the round of Top16.  Chelsea DeNofa and Will Parsons claimed the number 11 and 14 spots, respectively.

Unfortunately the electrical problem in Aaron’s car led to repeatedly blown fuses, fans turning off, and even caused the S13 to completely shut off during the qualifying session.  Sadly, Aaron Losey would have to sit this one out. 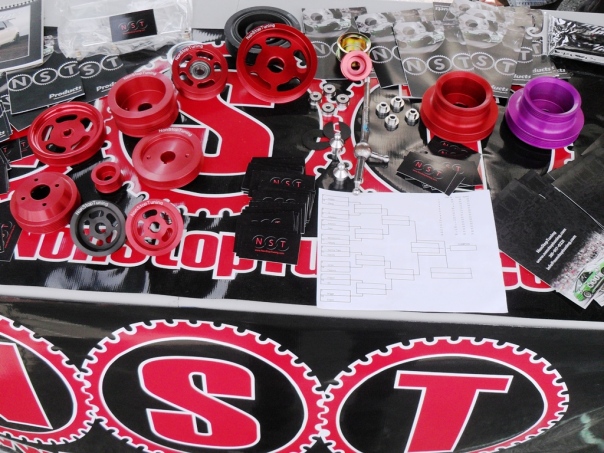 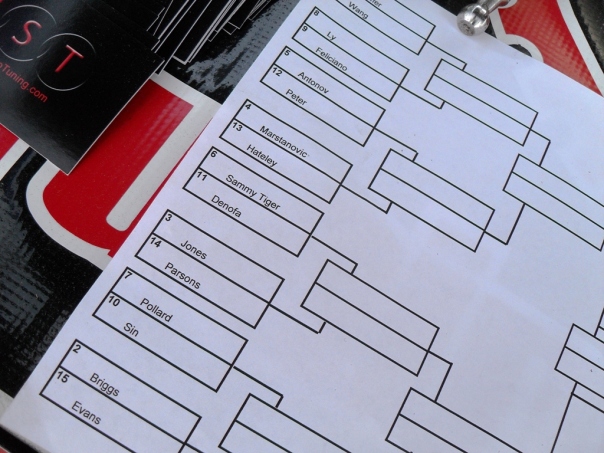 Will Chelsea DeNofa and Will Parsons meet in the second round?!

Up next, Saturday’s Top16 TANDEM battles!!!