The Xtreme Drift Circuit, known for a hot mix of cars and exciting tandem competitions, returned to Central Florida Racing Complex for round 3 of its U.S.A tour, on May 20, 2012. Minutes from Disney World and Sea World, CFRC has become Orlando Florida’s main venue for grassroots and pro-am drift events in recent years and this year’s XDC event was one of the most exciting to date.

Joshua Steele Laying Down The Line For Will Parsons

Saturday’s test & tune/practice sessions allowed drivers a chance to get acclimated to the new course layout (opposite direction vs the 2011 layout) and practice their entries.  Up and coming grassroots drivers Kelsey Rowlings, Andrew Mensah, and others used this time to show off their talents and measure their skills against the more seasoned veterans. 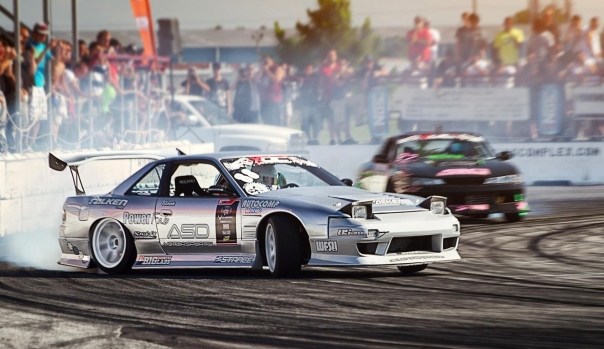 Mother Nature did not disappoint on Sunday, gracing the Sunshine State with blue skies and lots of sun for qualifying and tandem competition. NST’s three drivers all qualified for the tandem rounds with Joshua Steele, Chelsea DeNofa, and Will Parsons qualifying 12th, 6th, and 4th respectively. 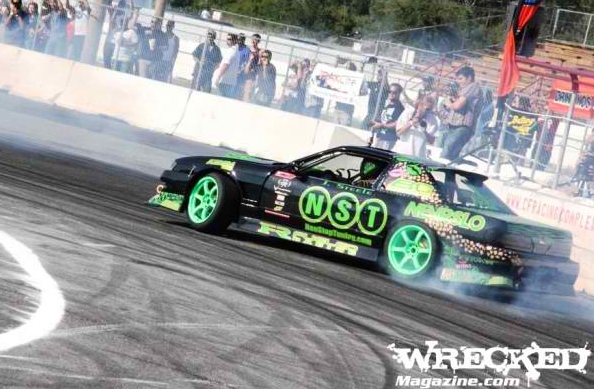 Joshua Steele In The LS1 S13

Will IN FOR THE KILL Parsons & The Classic AE86

The Florida fans really came alive during the Top 16 battles, and the drivers used that energy to turn up the heat on some exciting tandem battles.  The biggest battle of the round would pit two Texas V8s against one another; Stewart Leask and Joshua Steele both had great runs, with Steele sneaking into the Great 8.  Next up for NST was Will Parsons vs. Lee Alexander in the ASD S13; Parsons took the win with clean lines and a big follow run.  Chelsea DeNofa vs. Eric Conkling would round out the Top 16 battles for NST, with DeNofa getting the win after solid tandem runs.

The Battle Of The Big V8s.  Joshua Steele vs. Stewart Leask

Will Parsons & Lee Alexander At The Clip

The biggest battle in the Great 8 would pit NST teammates Joshua Steele and Will Parsons against each other.  This battle of turbo 4 cylinder vs. big V8 would go to Parsons after a spin by Steele during his follow run, and would send Parsons to the Final 4 for the fourth time in the last four XDC events.  Chelsea DeNofa would get the win vs. good friend Mike Pollard, in a battle of Euro (BMW E36) vs. Japanese (Nissan S13) drift icons, to move onto the Final 4.

The Final 4 rounds would result in some really tight battles between Will Parsons, Nate Hamilton, Chelsea DeNofa, and Jeremy Lowe.  As the smoke cleared and the sun began to set, Parsons would have to settle for fourth overall after awesome battles against Hamilton’s Nissan and Lowe’s Mazda RX7.  DeNofa would take out fellow Florida native Lowe and Little Tex Hamilton to finish the weekend as the overall event winner.  With the win, DeNofa continues his dominance in the XDC as the man with the most podium finishes in the history of the series. 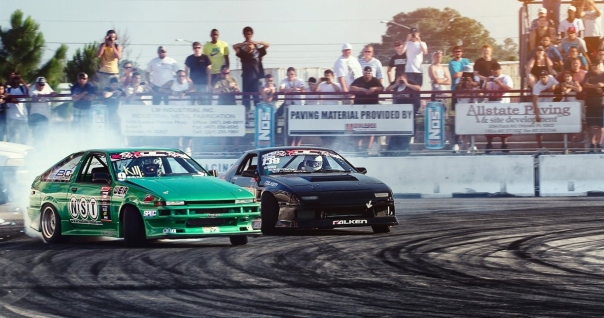 Parsons vs. Lowe In The Final Four 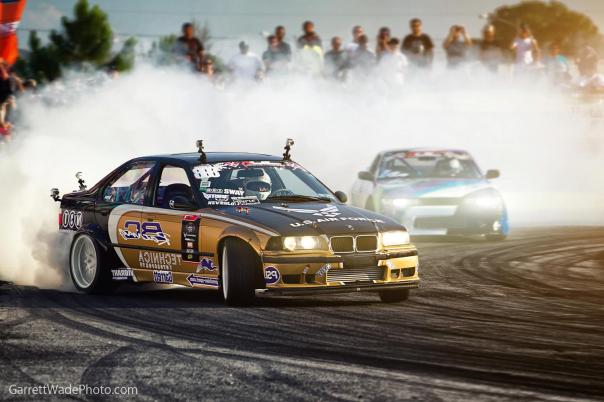 DeNofa Taking Out Hamilton For The Win!

We’d like to take this opportunity to thank all the great fans who came out to cheer on their favorite drivers and our 2012 sponsors who help to make all of this possible: BC Racing Suspensions, SPEC Clutches & Flywheels, South Side Performance Inc, Nevrslo Motors, Technica Motorsports, WEIR Performance, and Garret Turbochargers.

Check out the great video recap of Joshua Steele’s weekend, shot and edited by Cody Slack of Apex US Blog: